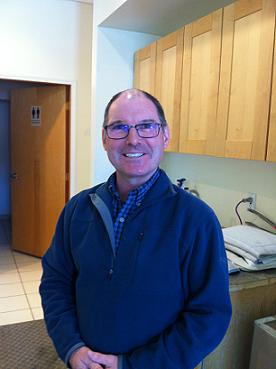 In 1994 David moved his family north and founded the Dawson Creek Physiotherapy Clinic to fill a void in private practice services in the Peace River Region.  He has served the community of Dawson Creek and surrounding area for 21 years working exclusively in private practice. He specializes in the treatment of various Orthopaedic and Musculoskeletal injuries and he has grown the clinic to include a staff of 3 full time therapists.  In 1996 he developed and implemented the clinic’s Occupational Rehabilitation programs, which consistently rank in the top 5 of the WorkSafe BC provider network in terms of durable return to work and client satisfaction.

David and his wife, Kathy, have a family of five children and six grandchildren.  He enjoys traveling and coaching his youngest son, Gabriel, soccer team.